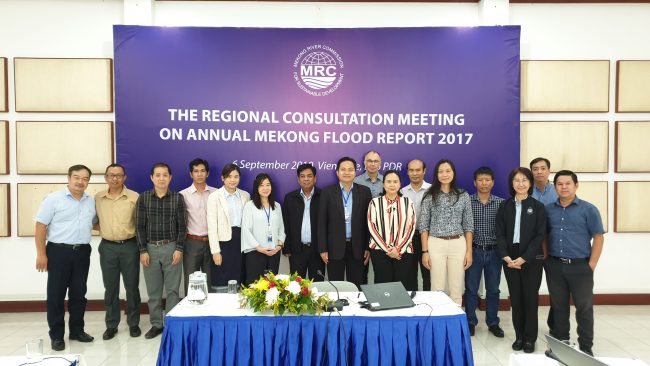 Dr. Hubert Lohr from SYDRO took part in the Regional Consultation Meeting on the Annual Mekong Flood Report 2017 held in Vientiane, Lao PDR, on September 6, 2019. The first meeting in May was held by Dr. Jens Kiesel.

As in previous years, the Mekong River Commission (MRC) engaged Dr. Hubert Lohr as International Consultant to lead the development of the Annual Mekong Flood Report for the year 2017.

Dr. Hubert Lohr will also be leading the preparation of the Annual Hydrology Report 2018, which will be replacing the annual flood report henceforth. The Annual Hydrology Report will have a wider scope and in addition to floods, also deal with the increasingly relevant issues of drought and changes to the flow regime of the Mekong, which are being caused by climate change and dam operation.