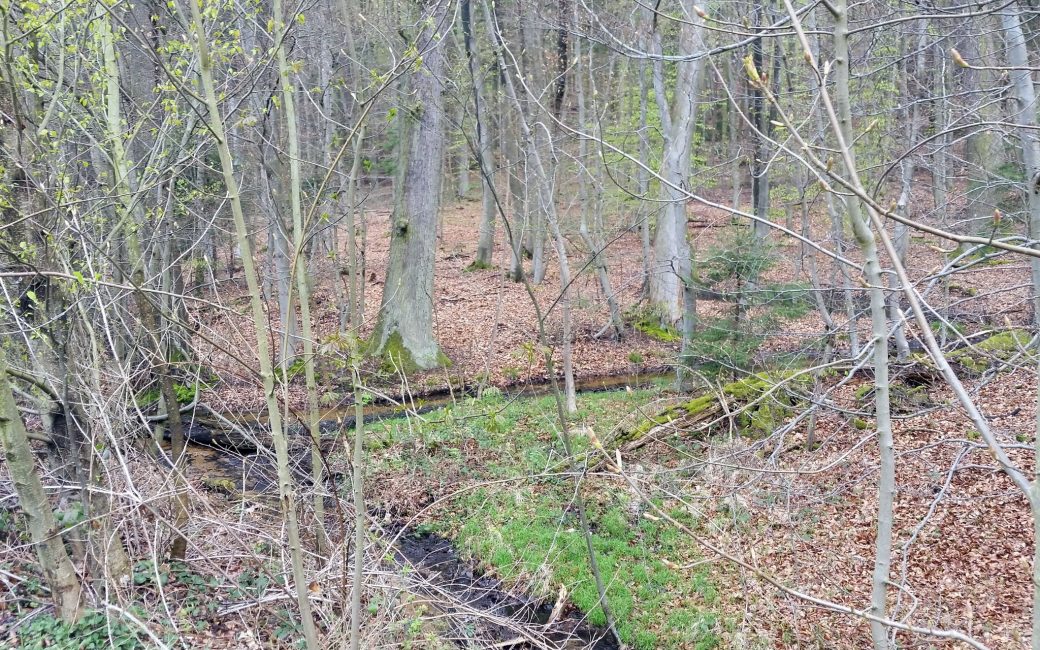 In the course of the guideline processing the present pollution load simulation (SMUSI) was reviewed and adjusted to the requirements of the guideline document "Leitfaden Immissionsbetrachtung" published by the German Federal State of Hesse as a simulation-based analysis and planning method to identify critical impacts of CSOs, storwater discharges, and WWTP effluents on receiving water body hydraulics and water quality. Furthermore, it was first examined whether two fishpond installations in the catchment area of ​​the Rodenbach had to be taken into account in the guideline analysis or not.

In addition to the simulation, analysis and evaluation of the proof simulations with the standard values ​​according to the guideline document, an extensive variant study was carried out: Next to the detailed investigation of the influence of a planned extension areas on the results of the guideline proofs, this also included the consideration of a realistic temperature times series for the receiving water body, reduced oxygen deficits at selected CSOs and a pH value deviating from the standard.

The variant studies were made possible by the use of the model GISMO developed by SYDRO Consult GmbH, which is approved by the German Federal State of Hesse for assessments in accordance with the guideline document. In comparison to the standard modelling tool published by the German Federal State of Hesse, GISMO is superior regarding the range of functions, thus parametrizing the different variant simulations could be realized easily.

Based on the results of the variant studies, a measurement program was developed in coordination with the responsible supervisory authority in order to sufficiently verify the chosen assumptions. The chosen approach enabled a significant reduction of additional retention volumes in the sewer system. The assessment was concluded by planning of measures to to improve the potential for resettlement of  benthic invertebrates in order to achieve synergy effects with other water protection objectives and to minimize the volume of necessary retention volumes in the sewer system.