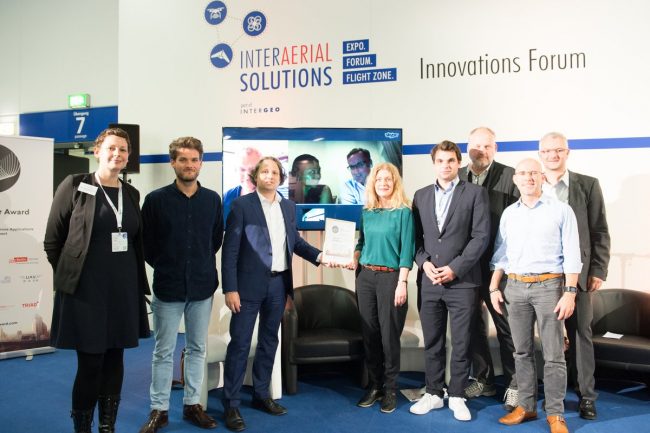 The ECOSWat Thailand Project of the GIZ has won the Drone Pioneer Award 2017, which was presented at the InterGEO fair in Berlin on September 27th. SYDRO Consult was heavily involved in this project. Dr. Hubert Lohr, Director of SYDRO Consult, was Lead Consultant and involved from 2013 to 2017. SYDRO was involved during project implementation in Thailand in 2015 and 2016 and among other things conducted the training for ecosystem-based measures in Thailand (more information is available here).

Roland Treitler, Project Director, accepted the reward via Skype from Bangkok. Roland Treitler, the GIZ team in Thailand, the drone specialists from I AM HYDRO and SYDRO Consult are proud that their ideas and the implementation thereof have been honored with this award.

Proud winner of the #Drone Pioneer Award 2017: #ECOSwat , who uses drones for the water management in Thailand. A lot of success! #INTERGEO pic.twitter.com/3NOVtfbexH