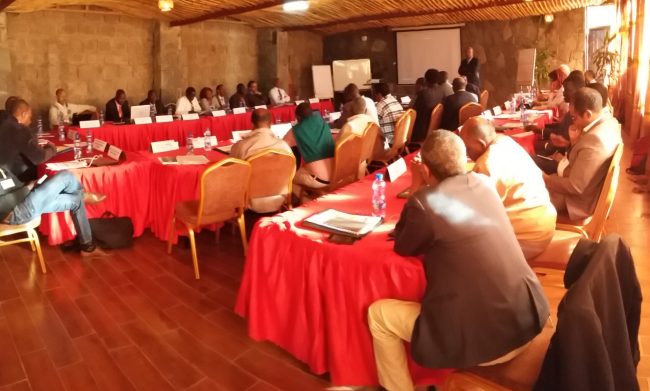 The Inception Report Review Workshop for the study “Development Scenarios for Coordinated Operation of Cascade Dams in the Eastern Nile” took place on 16th and 17th January 2018 in Debrezeit/Bishoftu, Ethiopia. The workshop was organized by the Eastern Nile Technical Regional Office (ENTRO), one of the three Centers of the Nile Basin Initiative (NBI), in collaboration with the NBI Secretariat (Nile-SEC).

Participants of the workshop included the national leaders of the Eastern Nile Subsidiary Action Program Team (ENSAPT) as well as officials and experts from Ethiopia, Sudan, South Sudan and Uganda.

Dr. Hubert Lohr and Felix Froehlich from SYDRO presented methods, approaches, examples and optimization techniques for the coordinated operation of cascade dams in the Eastern Nile basin and outlined the next steps in carrying out the study.

The workshop resulted in many constructive discussions and ideas and was considered a successful milestone for the study.